The abyss is not something that you recognize right away.  Because it’s a part of you that you don’t come in touch with very often it’s fuzzy at first. Know that this is an area inside you that’s parked a way’s away in a safe place resting under a do not disturb sign. It’s your own sacred ground for times when you reach the point that you can no longer answer yourself, having exhausted all efforts of rationalization. This is the time, when you seek something deep within, something strong to support yourself. It’s the place deep within where you take your ultimate aching for a lasting answer. Often, in an attempt to expedite things, you may be able to disguise the true answer, the real answer, by fooling yourself with a quick fix. But it’s only because you’re trying to protect the image of you, the one you have of yourself. Remember self-image? The unstained version of yourself you still covet?

It’s kind of like walking around naked when everyone else has clothes on. Okay, it’s a bit like having a STD too; something you never thought you would get, something you never expected you’d have.  But recognition sooner than later and dealing with it quicker is much better for you and those around you. If you don’t deal with it, it just gets worse, complicating your issues and blurring the vision you have of yourself. Don’t forget that you’re creating karma, good things will come as a result.

It’s somewhat like a baby needing sprinkled water on a forehead in order to begin an honest life. However, there is no water at the abyss, only you, alone. So we have to deal with what brings us to the abyss the best we can. First is being honest with yourself; too many times we look the other way by describing it as something very different. Hiding it from ourselves is not a cure, simply setting it for a delayed reaction. Ashamed, we may tell ourselves that we’re supposed to have the answer. Relieved, when we buy ourselves more time to sort things out by thinking we have the solution; anything to avoid the abyss.

Understand that the abyss most always takes more than one visit. This is not easy, because you won’t always get the right answer right away. If you sincerely wish to solve your problem you first have to sincerely give it breath inside you. Remember, that this is not a one-shot deal. The abyss may not recognize you at first. It requires that you have patience with yourself, but if it doesn’t work the first time around, you don’t just throw it out the window. Keep at it, you will connect and be glad you did. 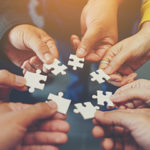 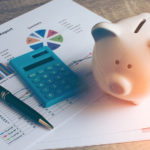 In Your Best Interest? 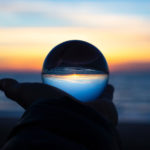 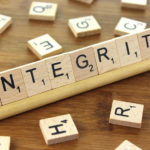 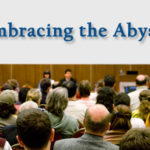